Meet the Chairman – Martin Ferguson AM 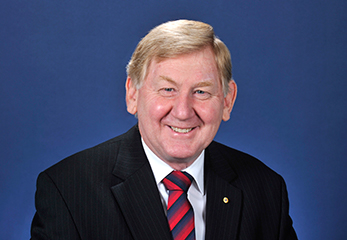 Martin has a wealth of experience in the resource sector both from a government and private sector perspective. Martin served as the Member for Batman from 1996 to 2013 and held a variety of Shadow Ministerial portfolios including Resources and Energy. Upon the Rudd Government’s election in December 2007, Martin was appointed as the Minister for Resources and Energy, a position which he held until March 2013.

The appointment of Mr Ferguson, who played a key role in establishing Australia’s 2020 tourism targets while in charge of the tourism portfolio, will give the accommodation sector its most powerful voice in Canberra at a time when the industry faces challenges on a number of fronts.

“Tourism and hospitality have been elevated to a Tier One industry in Australia’s economic future and need a powerful and influential voice at all levels of Government as well as in the media and with decision-makers if we are to convert potential into results,” said Mr Ferguson.

“We are fortunate to have been able to attract an eminent Board representing the most influential Australian and international hotel groups. The Board also includes senior executives from AHA, which provides TAA with strong representation and advocacy nationwide through its branches in each State and Territory.”

While the hotel industry was performing strongly in a number of city locations – in particular Sydney and Melbourne – and that inbound and domestic tourism was growing, there was no room for complacency.

He said it was vital for the industry to maintain pressure on Government to continue investment in demand-drivers such as major events, tourism promotion and infrastructure to support tourism growth to justify the largest expansion of new-build hotels in over two decades.